It’s an easy thing to speak of the pain of suicide, and then to ask that we all love one another and try not to do those things that cause such psychic pain to other humans that they off themselves. I personally wish it could happen: that suddenly, tomorrow morning, Saturday, there would be no more bad daddies nor psychotic angry mommies, traumatized children who grow into traumatized adults who then, sometimes but of course not always, traumatize other adults. I do so wish good feelings alone — a love of life, a love of non-harming — could reduce the suicide rate in our country.

Yet this phenomenon has complicated causes and facilitators (looking at you, NRA) and as honorable and magnificent a thing it might be for us to all remember (when we are not working ourselves to death or struggling otherwise to make a living in the world) to love one another and fail to be mortally rude to one another, that won’t affect the suicide rate very much. Don’t contribute to another’s self-despair. Yes. Good advice. But it’s so much more complicated than heartfelt wishes and articulate, compassionate desires.

Remember the myth of impertinent King Sisyphus? At one point he pissed off some deity because he slyly tricked and chained Thanatos, god of death, and thus nobody on earth could die and Ares, god of war, grew supremely pissed. Presently King Sisyphus was condemned to pushing the same stinkin’ boulder up the same stinkin’ hill and having it fall back down again every stinkin’ day — and is this much different from our diurnal jobs, or even our daily habits? Same thing, same boulder, running out the eternal clock every day, our routines as immutable as cliches. 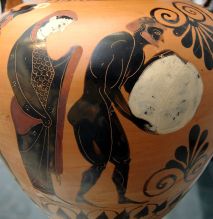 e thought of suicide occur to King Sisyphus, or to any of us? Whose quotidian existence, considered from every angle, has any more meaning or purpose than we ourselves invent for ourselves?

Remember when a nasty, despicable human being committed suicide, and folks posted memes along this line: “Suicide: sure sign of Guilt”?

Those who have known well a suicide or those who have attempted suicide wince at such quick moral assessments, similar to those used in those centuries when suicides were not given church funerals and the deceased often interred only at a crossroads — they were unfit for holy ground. The blame. People who were not strong enough to resist the urge to kill themselves were, in the eyes of the law and of the church, guilty. 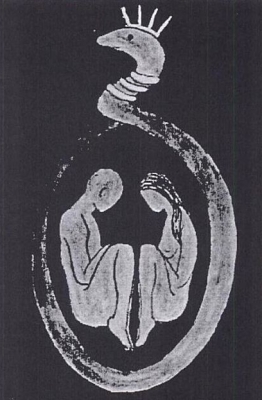 Extremely public suicides, such as, most recently _________________ [fill in the blank, according to the now in which you read this essay], momentarily distract the public’s attention toward the problem, which is of such proportions as to be almost epidemic in certain age segments. You can look up these disconcerting numbers yourself at the CDC: suicide is almost three times as prevalent as homicide, and the easy access to firearms helps make the “successful” suicide rate among men somewhat higher than among women.

So, yes, yes, treat others as well as yourself with lovingkindness.

Work with your anger if you know you have anger issues.

Divorce yourself from a screen and have a conversation of meaning, sometime, with a friend. No bullshit small-talk. Big talk. Let it go on and on. Get angry and reconcile. Shout. Whisper. It helps to be walking.